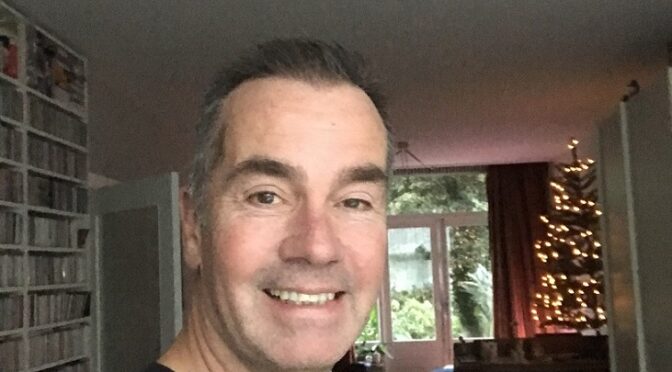 In 2000 the group MIDNIGHT BAND took part in the Swedish Eurovision selection with a song called TILLSAMMANS.

END_OF_DOCUMENT_TOKEN_TO_BE_REPLACED 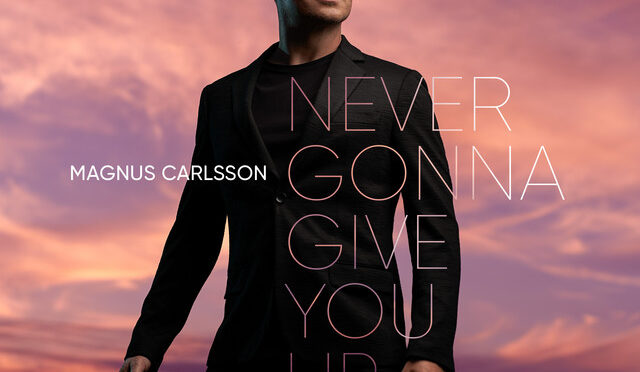 MAGNUS CARLSSON from Sweden had a new song out.

END_OF_DOCUMENT_TOKEN_TO_BE_REPLACED

Submission period for SVT Melodifestivalen 2018 was closed on Monday with 2771 songs submitted. Of them 2324 were sent in to the Regular competition for the established songwriters and 447 more to the Newcomers contest. This is the highest number of songs submitted since 2012.

“We are very keen to start working with the selection process and are delighted that the interest of both the public and the music industry is still high,” says Melodifestivalen producer Christer Björkman .

Within a short time the selection jury will sit down and choose the best entries. The chairman of the jury and assistant producer Karin Gunnarsson will lead this work.

One of the artists is already known. Stiko Per Larsson won the bonus prize to compete in the Melodifestivalen through the radio contest “P4 Nästa”

Time to move on to another song from the 2006 Swedish selection – this time Magnus Backlund and his song THE NAME OF LOVE. This single was also obtained in Oslo mast month by ESCCovers from the OGAE Norway fan who got rid of her collection.

Time to showcase another of the CD singles from Melodifestival that ESCCovers obtained last month in Oslo via a OGAE Norway fan that got rid of her collection. This time it is KIKKI DANIELSSON and her song IDAG & IMORGON who has Thomas Gson among others as composer. It was in the 2006 selection. The second track on it is Kikki singing Yesterday once more of the Carpenters.

Guest editor Dennis Flores of the United States of America had the opportunity to attend Melodifestivalen 2017, the national final to select the Swedish representative for the Eurovision Song Contest 2017  which will be held in Kyiv, Ukraine, this May.

In this last segment, Dennis will reflect on the Melodifestivalen experience in the Swedish capital of Stockholm in comparison to the Eurovision Song Contest experience which Stockholm hosted last May.

Walking down the touristy and busy shopping street Drottninggatan (Queen Street), in May 2016, the street was decorated with numerous banners of the Eurovision Song Contest theme art. The excitement of the upcoming contest was literally in the air. Forward to March 2017, the street was barren, a complete opposite of the same street months prior. Not only were there no banners, but I also do not recall seeing one poster advertising Melodifestivalen outside of Friends Arena’s direct vicinity. The closest decoration I encountered was the Coop (a grocery store and sponsor of Melodifestivalen) closest to my hotel strung up pictures of mirror balls. Perhaps, as the entire show is a six week affair, and one of the most watched shows in Sweden, SVT did not feel the need to go aggressive on branding and or advertisements as there will always be an audience. Additionally, just because I could not visually tell that the show was in Stockholm for the week, does not mean I did not hear people talking about it. On the street and on public transportation, I heard people sharing their plans to watch the show, any after-party plans, as well as who they believed who was going to be declared the winner. Speaking with a Norwegian Melfest fan who specifically travelled to Stockholm for the show, he described Melodifestivalen as an important part of the Swedish culture as everyone within the Scandinavian country would be watching it on Saturday night and celebrating the winner afterwards.

A couple of days before the main event on Saturday night, SVT hosted the red carpet ceremony and welcoming party for the finalists and accredited press. For the most part, it was a private and exclusive event. The opening ceremony for the Eurovision Song Contest allowed the artists to interact with members of OGAE, an official fan club of the Eurovision Song Contest. The press was able to interview artists as they walked along the Royal Palace, but fans were able to show their support for their favourite artists. I attended the 2016 Eurovision opening ceremony as a fan, and was able to directly interact with many of last year’s acts. The fact that SVT made Eurovision 2016 a fan-oriented experience, made it a truly memorable experience.

For Eurovision, I lined up 3.5 hours before the Grand Final went live, the reason for this was I wanted to get as close as possible to the front of the stage. I was successful and was at the front and center inside Globen. For Melodifestivalen, given that there was no standing zones, I did not feel any sort of pressure to arrive to the arena early. I decided to travel to Friends Arena via shuttle bus with the Swedish branch of OGAE. I found that traveling to the arena in the suburb of Solna from central Stockholm the night before to watch the Jury Rehearsal was not as direct as it was for me as it was for Eurovision. Getting inside the arena was painless however, I was in my seat, balloon inflated, and safe from the cold Stockholm winter weather in no time. Spectators of all ages donning feather boas and light-up hats soon filled the arena. The pre-show included a DJ playing some classic Melodifestivalen fan favourites as well as a woman running around with a t-shirt bazooka. For Eurovision, the pre-show consisted of a DJ and a performance group to warm up the audience. Additionally, although Henrik von Zweigbergk, was the floor manager for both events, he played a larger role in getting the arena audience excited for Eurovision. At Melodifestivalen, he just went over safety information and some staging cues.

Melodifestivalen and the Eurovision Song Contest are two completely separate events and experiences. To me, Melodifestivalen was calmer and tame while Eurovision was wild and the energy inside the arena is incomparable. The live experience of Melodifestivalen is completely family-oriented. This could clearly be seen in the clearly mixed age groups of the audience; Melodifestivalen is an event for everyone to enjoy whether you are watching on TV or in person. The Eurovision Song Contest, is a big pan-European party. From the past two contests I have attended, I do not recall seeing many children attending the TV show with most of them attending the earlier Family Shows. Eurovision does begin an hour later and lasts longer than Melodifestivalen, so it is prime for a more adult crowd. Inside the arena, the audience was supportive of all of the acts, the night was going to end with cheers no matter. At Eurovision, the element of competition between countries will yield to strongly opinionated fans. It was refreshing to attend a show where I did not have to stress as much and could just enjoy the entire show, but I do not think I am ready to trade in my flags for balloons yet. There is something special and exciting about Eurovision that brings me back every year, and SVT is a very talented broadcaster to be able to produce large-scale shows for varying audiences.

Guest editor, Dennis Flores from the United States of America, has had the opportunity to attend the Final of Melodifestivalen 2017, the Swedish selection for its Eurovision 2017 entry.

In a special three-part series, Dennis will be reporting from Friends Arena in the Swedish capital of Stockholm.

With Robin Bengtsson being crowned as Sweden’s champion, in this second installment, we look back at all 28 competing entries and Dennis provides his thoughts on which songs would be the most interesting to hear a cover version in another language.

In order to help pick out the best entries, Dennis has decided to pick five songs out of all competing songs from this year’s edition of Melodifestivalen. He has chosen one song from each of the Semi-Finals and one more as a wildcard.

This song was revealed to be the Swedish public’s favourite song that competed in the Final. The mixture of different genres and gradual build-up and gospel-inspired elements make the song uplifting and strong. The song’s lyrics are simple enough that it could be easily translated into other languages and not have the meaning of the song vary.

I believe the edited/non-explicit version of this song makes this contemporary mid-tempo pop song more approachable and radio-friendly. This song would be best paired with an artist who performs with a little attitude and flair and would most likely appeal to a young audience.

Having both singers singing in unison throughout the song’s entirety creates a magical effect for this country pop duet. With simple lyrics and a universal theme about falling in love, this song could easily be covered in numerous languages while appealing to a broad and diverse audience.

Semi-Final 4: “As I Lay Me Down” by Wiktoria

Another fan favourite, this upbeat country pop song, would appeal to a large audience as well. Lyrically, this would be more complex than the other songs as there are a lot of lines of text. However, it definitely remains a candidate for a cover song as it has proven its popularity with an audience, and has progression and variation between verses and chorus.

I think this R&B mid-tempo song would be unique to hear in another language. Being in Swedish, yet having simple lyrics, this song could be adjusted to be performed to fit any language. Stepping away from the typical Swedish pop beat, this could be the perfect song for an artist looking for a more urban sound.

are the 4 artists that qualified to the final of SVT Melodifestivalen last night and will go to the final.

Loreen missed out and some had expected it, while it came as a shock to others.

Maybe he is well known in Sweden but will be a disaster for Europe, I cannot see anybody there voting for him

Innocent song and one of them is extremely blond but this is the kind of song you expect from Malta or Portugal, sure not from Sweden

Her Finnish entry in 2013 was so strong and catchy – this is quite sleepy, but nice it is in Swedish

Lovely dress and a song called GRAVITY – we already had such a title for Ukraine one year and will have it for Cyprus this year, so this will go to second chance

Better looking than his song, reminds me of Frans last year – young male which appeals to the younger generation – also second chance for him

This is actually my favourite song but from what I have seen, they go not present the song well and the 3 guys are dressed in all sorts of clothes which does not seem to make any impression

He did well last year, and he should win this semi final, the best staging of the night. The song could have been a bit stronger, but then I heard just 30 seconds

Fans have been able to listen for approximately one minute each to the 7 songs in the second semi final.
I was slightly more impressed with the 7 songs in this semi final after hearing them for the first time – still I cannot see an instant hit for me.
Here is my rankings
7th – ALLYAWAN

Not at all my kind of music

Expected more of this song from seeing the title. I like her dress, especially the sleeves

Sort of sound like The Ark and could surprise because of how they look and because of the gender issues they are highlighting. Conchitta has competition.

We had ” A million voices” in Eurovision and easily could have “A million years” this time around. Good song but I think both Thomas Gson and Peter Bostrom have composed better songs.