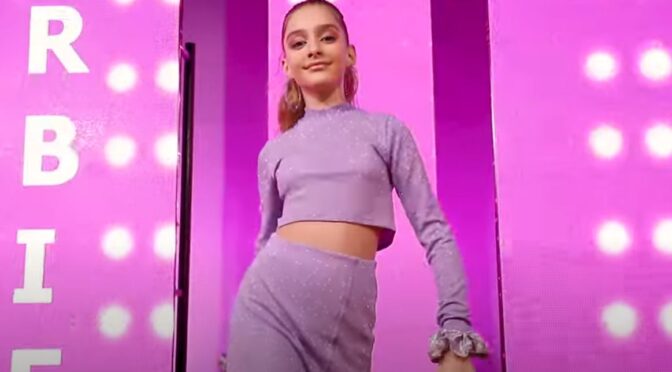 Efi Gjika has released a live performance video of her singing her Barbie. She showed a lot of stage charisma as she entertained us right through the upbeat show of her JESC song.

The video was shot in one take emphasizing Efi’s great live vocal. Thanks to Pro video Studio  and Spiro Nino. Video graphics are by Arbi Malile. The video shoot is by Ergi Nune.  The styling and dress are by Efi’s mum and production is courtesy of her dad. Thanks also to Sokol Marsi.

Efi has continued to blossom since the 2018 Junior Eurovision Song where she represented Albania. She has released several hit songs and music videos. Efi promises more new music soon as she continues to mature and as she also heads in to her teens.

You can see the live video of Barbie remix below and read more about her here.