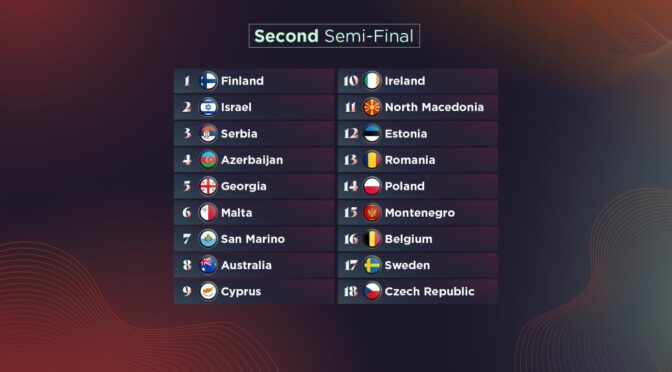 Morten Thomassen from Norway reports on the second rehearsals. In his post he combined the last 3 songs of semi final 1 with the first 2 of semi final 2, but due to the use of a featured image, we have to split it.  It was translated by google from Norwegian to English for ESC Covers.

Our Finnish friends have the honor of opening semifinal 2. They do it with quite a bit of bravado  without me being blown off the field. Feels that the right energy is lacking in the performance plus that the TV direction could have been a notch better here.

The last song out in this round is our Israeli friends and they really bring party to this semifinal. Here it is such a suitable hoarse performance that requires so much fitness that the vocalist does not quite have. It gets a little tame vocally towards the end, but they can deliver a party song.