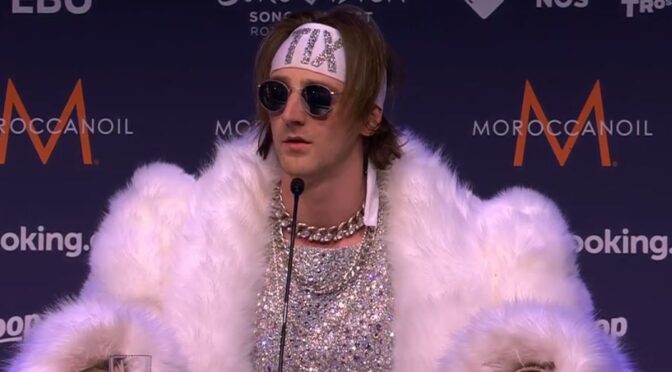 The Barbara Dex Award is named after Barbara Dex, who represented Belgium at the 1993 Eurovision Song Contest with Iemand als jij. Her self-created dress has put name to this award that has been handed out every year since 1997 – with 2020 as an exception of course due to the contest being cancelled and nobody appeared on the stage.

The idea behind the award is simple. You pick the worst dressed act from that year’s Eurovision Song Contest. It’s a democratic online voting held by Songfestival.be where everyone can only vote once.

TIX from Norway was crowned as the winner.  ESC Covers think he may be pleased as it likes over the top clothing.