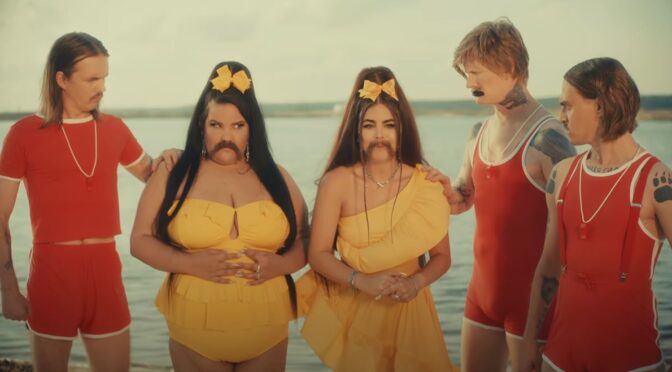 Little Big feat. Netta have released an interesting collaboration with the song Moustache. It is a quirky and catchy upbeat song with an amusing video.

Moustache is composed by liya Prusikin, Netta Barzilai Avshalom Ariel, Lubim Homchuk and Viktor Sibrinin. The track is available to stream or buy from digital platforms such as YouTube Music, Spotify, Amazon, Apple Music and many more.

Little Big were selected to represent Russia at the 2020 Eurovision with Uno but the contest was cancelled due to the world health situation. However, the music video is the most viewed Eurovision music video with over 211 million views.

Netta won the 2018 Eurovision Song Contest for Israel with Toy.

You can see the official video clip for Moustache below.