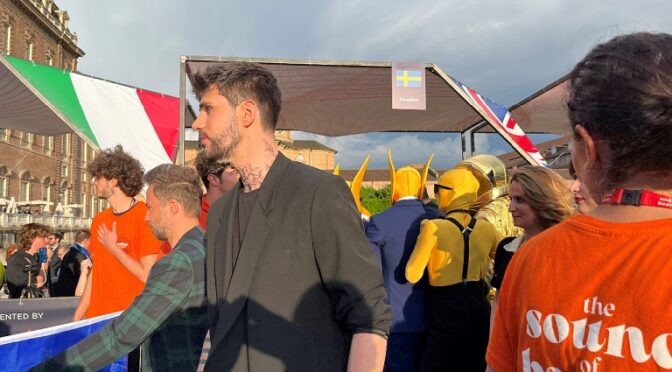 Morten Thomassen from Norway has written today about the way forward for Eurovision after the 2022 edition. As usual it was done n Norwegian and ESC Covers google translated it to English.

Now that the waves after this year’s most beautiful spring adventure have just subsided, it is always appropriate to look ahead to next year.

It can not be hidden that the fact that Ukraine won the competition has created a new dispute in the scheme.

In a normal year, the TV station that won had been well under way with planning and tourism managers and mayors of cities in the victorious country had formulated good reasons why their city should host ESC-2023.

And we fans had booked hotels in different cities and for different weeks in the hope of getting one accommodation at a reasonable price.

But, I guess I have a feeling that mayors and tourist managers in what could have been relevant host cities in Ukraine have more important things to think about right now.

As far as I know, the EBU has been in initial talks more Ukrainian TV, what came out of those talks is not known.

I have a feeling that the EBU is waiting as long as possible for a clarification from UA: PBC as the TV station is called on whether they will or can arrange next year’s final.

And I have an even greater feeling that the EBU would prefer Ukraine to cancel the event itself and not get into a situation where the EBU has to tell them that now you have to get your finger out and decide.

It is very possible that the EBU already has a date where something must have happened and with all the work involved in arranging such a TV broadcast, I can not imagine that date is too far in the future.

So I think we will probably have to wait in excitement for a while longer, but it would surprise me if there is no clarification on this by the end of June.

Although I treat Ukraine all well, I do not quite see how they could hold this next year, with the situation the country is in, perhaps spending money should be prioritized in more needy areas than an international ESC final.

If and if it is decided that another country must arrange next year’s final, it is exciting to see which country the EBU asks first, there will be some fishermen who will be willing to bite on the ESC hook, you have heard.

Exactly this ESC hook costs somewhere between 100-200 million to bite on so the number of fish in this pond is hardly very large and all the time that this organizer will be a bit in arrears, it should probably indicate that we are talking about some of the 5 big ones.

Knowing that many do not want Italy to take on the event again, heard from many that organization was not exactly their great strength.

Then I probably have more faith in the two countries that came together with Ukraine on the fictitious podium in this year’s show.

Spanish TV is already said to be willing to do the job, but in fairness one should perhaps ask those who finished in 2nd place, our British friends.

I hope one of these two is asked if it becomes relevant and for me it is just as well no matter which of these takes on the job, I think both of these countries have a lot of expertise in major TV broadcasts and it is a knowledge that will could come in handy.

Once it has been decided who will arrange, the fans will head to and book hotel rooms in the relevant organizing cities, you will be ready to make an urgent booking on the day we are notified.

Another thing the EBU must also address is the vote clutter that arose this year, if what happened this year was cheating I would call it suitably advanced, but not so advanced that fairly simple calculations revealed them.

Do not quite see how to solve this challenge, think the most responsible in the EBU for ESC can not fully plan the summer holidays yet, until their desk is a little too full of urgent tasks.