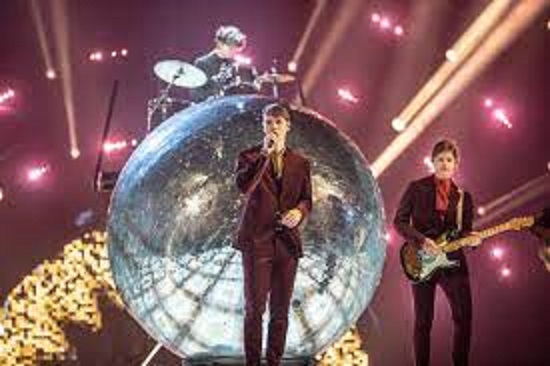 Morten Thomassen from Norway will be looking at each of the 40 songs in the 2022 Eurovision and look at why they end in a certain position. ESC Covers google translated it to English from the Norwegian.

It’s time to go through all the songs that participated in this year’s event and come up with a justification for why they ended up where they did on the results list.

Those who are in the final are easy to rank, those who were not so lucky to get there I place the number of points they got in the semifinal it participated in, yes I know that there was one country more in one semifinal so you get to take the results list after the final countries with a little pinch of salt.

Thus, it was our Slovenian friends in the group LPS who get the dubious honor of ending last year.

They only got 15 points together and as many as 13 of these came from neighboring Croatia, so something good comes out of good neighborliness.

LPS, which stands for Last Pizza Slice, can now also stand for Last Placed Song and it must be said that this last place was anticipated by many.

The teenage band consisting of Filip, Gasper, Mark, Zala and Ziga and they are said to have already performed at many festivals and concerts.

Much possible because what we saw on TV was most similar to someone you do on a concert stage and not what you do in a TV show.

I do not doubt for a second that these guys certainly have a lot of charm, but it kept them well hidden for large parts of the performance.

Now it should be said that they loosened up a bit on the snippet in the semi-final itself and sharpened up a bit so that their performance became TV-friendly.

But, all in all, I think most people who watched found this rather uncharming and the music fit bland.

In other words, even songs with quite a lot of gusto and speed can quickly end up in the mud of boredom and that’s where these guys ended up.

One should perhaps bet on someone with a little more TV experience, but if I remember correctly, the maximum age for participation in the Slovenian final was 30 years, possibly that rule should be relaxed there.

Since the semi-finals were introduced in 2004, Slovenia has only qualified for the final 6 times, possibly they should go a little by themselves and find other formulas for which songs are not so popular with other fans.