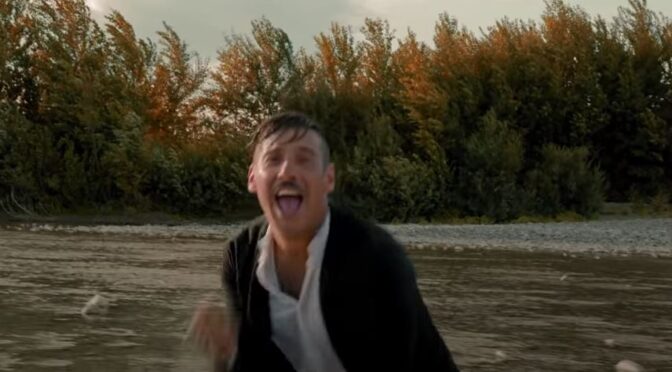 Francesco Gabbani has released a new single entitled La Rete (The Network). It is a fast paced and upbeat song with a powerful beat and production.

END_OF_DOCUMENT_TOKEN_TO_BE_REPLACED 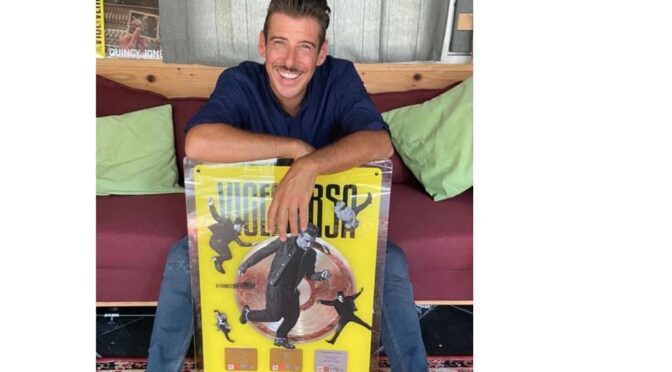 Francesco Gabbani has received a special award for sales of his album ‘Viceversa’.

END_OF_DOCUMENT_TOKEN_TO_BE_REPLACED

Francesco Gabbani returns with a brand new song and music video and it is called Il Sudore Ci Appiccica (Sweat sticks us). It is an upbeat song with a strong beat and is quite catchy.

Il Sudore Ci Appiccica is lifted from the album ‘Viceversa’.

Francesco represented Italy at the 2017 Eurovision Song Contest in Kiev with Occidentali’s Karma.

You can see the official music video for Il Sudore Ci Appiccica below.

Francesco Gabbani will represent Italy at the 2017 Eurovision Song Contest with Occidentali’s Karma. He is the hot favourite to win the contest this year and today he had his first rehearsal and later had a meet and greet with the press.

He was in  a jolly and buoyant mood and was asked to demonstrate the choreography with the monkey on stage for fans.

It was also revealed that Francesco’s brand new album has gone straight to number one in the Italian charts today.

Rutger is a promising new talent from Malta and he has recently covered the highly rated 2017 San Remo winner and Italian Eurovision entry by Francesco Gabbani, Occidentali’s Karma. Rutger gives a fine interpretation of the song and his vocals sound clear and confident.

Rutger is part of the Ironic PR & Artist Management in Malta. He has already represented Malta in competitions in Poland, Italy and Estonia achieving a top 3 finish in all of them. In 2013 he auditioned for Britain’s Got Talent and made it through to the third round where he performed the Celine Dion classic, I Surrender. In the same year he took part in the SingerStage International Festival and won the first prize in his category. He performed I Surrender again and also the classical Adagio.

Rutger has also participated twice in the Konkors Kanzunetta Indipendenza Junior festival in Malta. First in 2014 he sang a duet with Kylie Meilak, Rakkont, which finished in fifth place and in 2015 he sang Inħobbkom It-Tnejn and placed third.

One other link to Eurovision is Rutger covered A Million Voices by Polina Gagarina (ESC 2015 Russia) at the Festival Kalamita.

Rutger is a young artist to look out for in the future. In the meantime check out his version of Occidentali’s Karma below.

Francesco Gabbani has won the 2017 San Remo festival and has accepted the invitation to sing for Italy at the 2017 Eurovision Song Contest in Kiev.

Francesco won the San Remo festival with the song Occidentali’s Karma. You can see the video for his winning song below. A dancing gorilla is even involved.