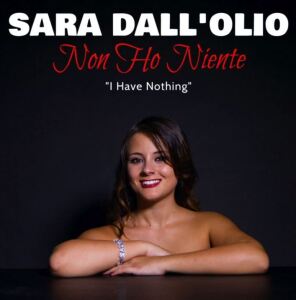 Sara Dall’Olio has released a stunning Italian version of the Whitney Houston classic, I Have Nothing. The Italian version is called Non Ho Niente. Sara’s crystal clear vocals sound beautiful and emotional on the recording.

Non Ho Niente is the second single from her forthcoming ‘Debut’ album to be released in 2021. The first track released was the evergreen Caruso. The arrangement and production are by David Serero.

Sara was part of The Peppermints group who represented San Marino at the 2014 Junior Eurovision Song Contest.

Non Ho Niente will be available to purchase or stream from all good digital stores including Spotify, iTunes, Apple Music, Amazon and many more.

You can hear No Ho Niente below.