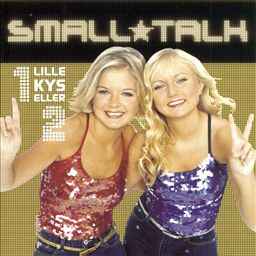 ESC Covers were alerted today that a Danish duo SMALL TALK released an album in 2001 with no less than 10 Eurovision covers.

Tine Drevsholt and Mille Lykke Olesen recorded 9 Eurovision winners and one other Eurovision entry and released it on an album.