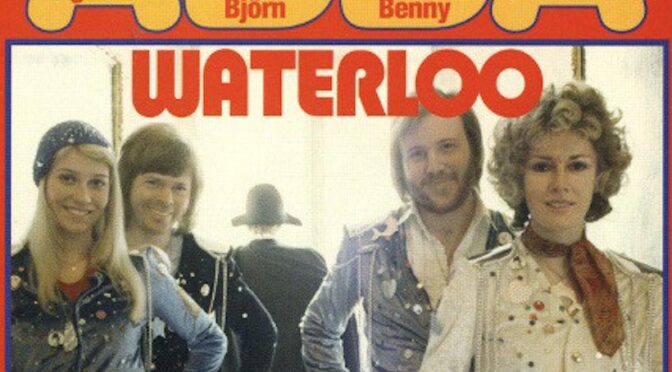 ABBA has been in the music business for 50 years. To celebrate that happy event, INFE Ireland and INFE South Africa are hosting the ABBA TOP 50. We’ll be posting what we think are the 50 best ABBA songs in alphabetical order. Enjoy!
ESC Covers picked a cover by AMI ASPELUND (who herself took part in the Eurovision song contest for Finland) of WATERLOO. The cover is a Finnish.
THE 48th ABBA SONG IN OUR LIST IS:
Waterloo, the first single from ABBA’s second album Waterloo. This was also the first single to be credited to the group performing under the name ABBA. On 6 April 1974, the song was the winning entry for Sweden in the 1974 Eurovision Song Contest. The victory began ABBA’s path to worldwide fame. The Swedish version of the single was a double A-side with the Swedish version of Honey, Honey. The single became a No. 1 hit in several countries. It reached the U.S. Top 10 and went on to sell nearly six million copies. ABBA recorded English, Swedish, German and French version of the song.