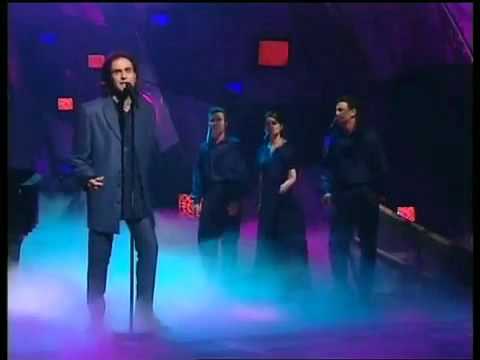 So we’re going back to the first contribution from the last millennium and the year is 1997.

Next year’s host country Great Britain won a superior victory with a whopping 70 points down to the song that came in second place.

That song belonged to the organizing country Ireland and was sung by Marc Roberts.

It took a British-American world star named Katrina and her group The Waves to prevent the Irish from taking their fifth victory that decade.

Whether it triggered some kind of curse is not known, but since this year the winningest country in ESC history has not finished in the top 5.

Mr Roberts sang the song “Mysterious woman” and he had a total of 36 points down to the country in third place so safe second place there.

Many Irish artists choose to call themselves something other than what they were baptized as an artist and today’s artist is actually called Sean Hegarty.

When Marc is not making a living as a singer, he is also a radio presenter.

In 2008 he attempted to represent Ireland again in the international final, but came second in the local final, beaten by Dustin the Turkey no less.

With a loss like that, I have my doubts that he will try again, but who knows, maybe some “old” greats from this country can take them back to the part of the results list they ravaged for most of the 90s?