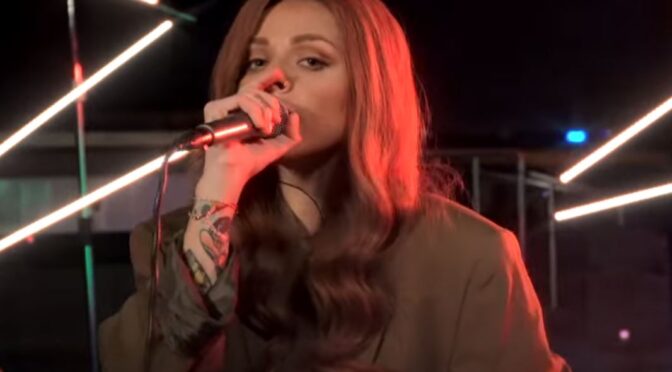 Victoria held a special concert to launch her 2021 Eurovision song for Bulgaria. She played songs from her new album ‘a little dramatic’ and had some surprises a long the way.

Victoria started off with her 2020 Eurovision song, Tears Getting Sober. Then she played a couple of her hits – alright and I Wanna Know.  The next tracks were all candidates to be her Eurovision song – Ugly Cry, growing up is getting old, dive into unknown, imaginary friend, phantom pain and the funeral song.

Finally, at the end of the concert Victoria announced she was delighted with all the feedback from fans and music critics. It came down to two songs imaginary friend and growing up is getting old.

The Bulgarian song for Eurovision 2021 will be growing up is getting old. The new music video was then played and you can see it below. You can also relive the special ‘a little dramatic’ concert.