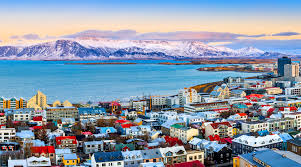 For the entire month of February, ESC Covers will take every day a South African artist/group/duo on a virtual tour to Europe plus. We will visit 28 countries.

END_OF_DOCUMENT_TOKEN_TO_BE_REPLACED

Song 56 in our list of 100 Ralph Siegel songs bring us to THIS NIGHT SHOULD NEVER END from Petra Frey who was an entry in the Austrian selection one year. Tobi Jooste of South Africa covered it in Afrikaans.

Tobi Jooste covered the 2005 Eurovision entry from Malta ANGEL in Afrikaans as ENGEL.

Tobi Jooste covered the 2008 Eurovision entry of Romania in Afrikaans as HIERBINNE.

Tobi Jooste covered the 2006 Eurovision entry from Malta I DO. He covered the song in mainly Afrikaans with some English parts.

In 2004 Jonsi represented Iceland at the Eurovision song contest with HEAVEN. Tobi Jooste of South Africa covered it in Afrikaans as KAAPSTAD.

Above the cover by three brother called QUALITRIO and below the by Tobi Jooste & Gloria Bosman – a tribute to Nelson Mandela.

In position 44 is I DO by Fabrizio Faniello of Malta – their 2006 entry. There is also a great Afrikaans cover by boy band HI 5 called VERGEWE MY WEER, plus another great cover by TOBI JOOSTE – he calls his cover also I DO.