Maraaya have returned with a new song called Drevo (Tree). It is a pop ballad to “remind us of eternal love and of the people we love most in the world and to warm our hearts” as Maraaya explain.

Drevo is composed by Raay and Marjetka Vovk. Is it produced by RAAY MUSIC, 2020. The music video is by NEO VISUALS, 2020.

Maraaya represented Slovenia at the 2015 Eurovision Song Contest with Here For You.

You can see the official video clip for Drevo below.

FOREVER FLOW is a brand new release from SLOVENIA. It is by MANU, who is actually ManuElla who represented Slovenia at the 2016 Eurovision song contest with Blue and red. The lyric video was actually shot in South Africa as part of Cape Town can be seen and then several animals like lions, zebras, elephants and giraffes. Eric Bazilian, Jin Ko and Augie Ray composed the song.

Ana Soklič was selected for Slovenia for the 2020 Eurovision with the song Voda (Water). She recently gave a special performance of the song at the beautiful Lake Bohinj as part of the Eurovision Home Concerts series.

You can see Ana sing Voda below.

Lina Kuduzović has released an official video clip for her song Man Like U, that finished in the runner up position in the 2020 EMA Eurovision national selection in Slovenia.

Man Like U is a charming ballad sung beautifully by Lina. She went all the way to the Superfinal of the EMA and only just missed out on taking the top prize.

Lina composed Man Like U herself. ESC Covers is positive Lina has a big future as a singer / songwriter.

It was in 2015 that Lina represented Slovenia at the Junior Eurovision Song Contest with Prva ljubezen (First love) and incredibly at the age of just seven, she won Slovenia’s Got Talent!

Lina also had success in The Voice Kids Germany. Her first official single was Ephemeral, and upbeat dance song.

You can see the music videos for Man Like U and Ephemeral below.

Klemen Slakonja, the comedian and tv presenter of the EMA selection, celebrated 25 years of Slovenian Eurovision entries during the interval at the final.

It was a unique and very entertaining show where Klemen acted and performed all the Slovenia songs. It was a massive performance and congratulations to all the make up team and producers.

So every song from 1993 1X Band through to 2019 and Zala Kralj & Gašper Šantl. Congratulations to everybody involved in this project.

You can see the medley by Klemen below.

Ana Soklič has won the EMA national selection and will represent Slovenia at the 2020 Eurovision Song Contest with Voda (Water).

Ana battled out in the super final with Lina Kuduzović but came through victorious with her power ballad.

You can see Ana perform her winning song below.

You can see both performances below.

The Slovenian duo Zala Kralj and Gasper Santl have a new song out. It is called COME TO ME.

This duo represented Slovenia at the 2019 Eurovision song contest in Tel Aviv.

Here are some highights from the first set of press conferences after the second set of rehearsals at the 2019 Eurovision Song Contest in Tel Aviv.

Below you will see Cyprus, Montenegro, Finland, Poland, Slovenia 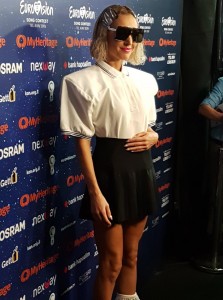 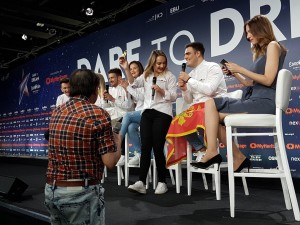 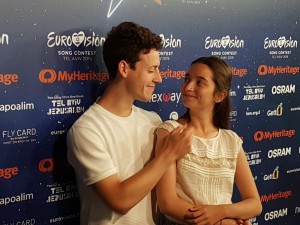 Slovenia is the next OGAE club to reveal its voting. It has decided to vote for the 26 songs they think would be in the final and they revealed positions 1 to 26. This is the first break in tradition – they have a new country at their top song and also the first club not to have the Netherlands in their top 10. 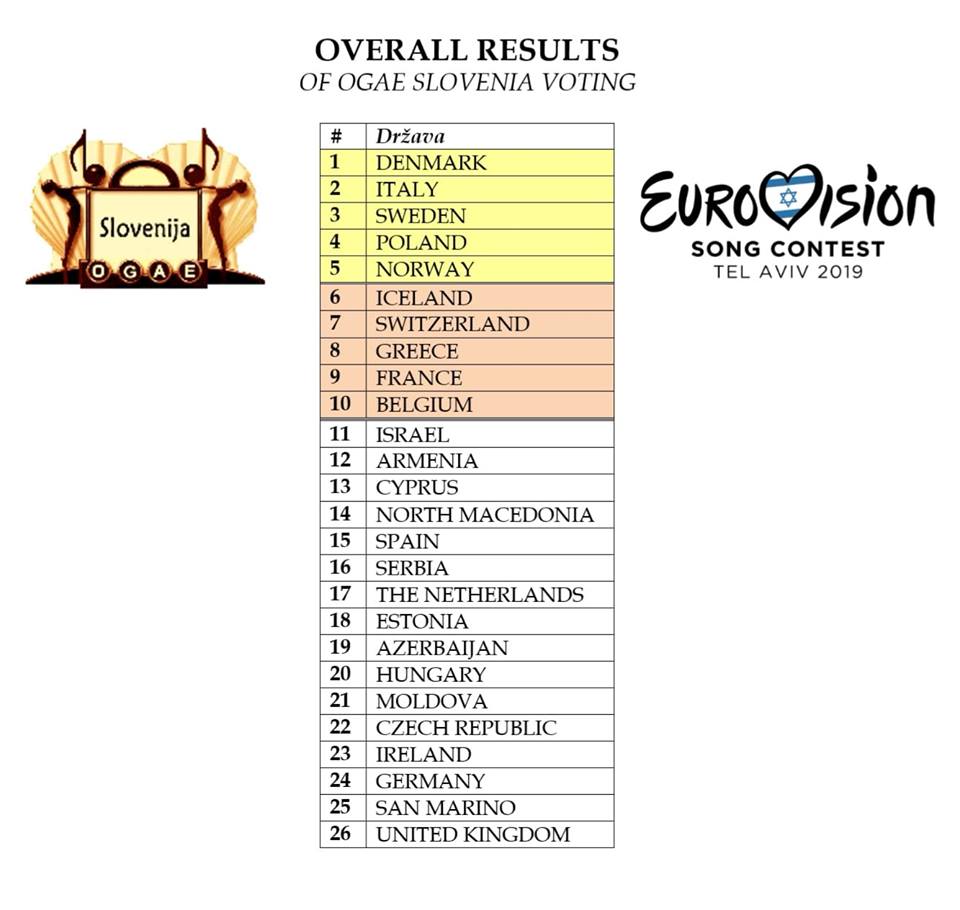