Vlera Kastrati has covered the song S’jemi ne (We are not) by Kanita. The song showcases Vlera’s powerful and clear vocals for the young singer from Kosovo.

You can see the music video of Vlera singing S’jemi ne below. Thank you to Amir Abazi and Musical Studio for the recording and production.

Vlera Kastrati is recorded her version of Never Enough from ‘The Greatest Showman’ original soundtrack. The song is perfect to showcase her powerful vocals for the casting of the OlimpiadidiCanto Casting 2020 – Festival interamente online.

Vlera is a talented young singer from Kosovo and she recently won first place in the ‘WAPA World Vision 2020′ online contest organised in Armenia for the 10-13 years category. She won the top award for 10-13 years category at the ‘Brilliant Voices 2020’ International Online Vocal Competition organised from Monaco. She won the first place diploma at the ‘Rising Stars’ competition in Kosovo for the film/music section M category. Vlera also won the diploma first prize at the ‘World Music Awards 2020 – Best Little Pop Singer’ competition organised online in Las Vegas, USA.

You can see Vlera perform Never Enough below. 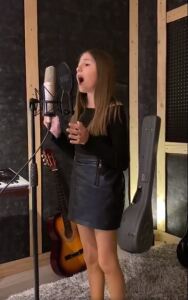 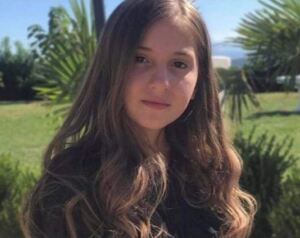 Vlera Kastrati is a talented young singer from Kosovo. She has had a lot of success in 2020 winning much respect and awards at various festivals.

Vlera was also a popular contestant on ‘Top Talent Albania’ this year. She also had the unique honour to be the Ambassador for Children of Kosovo in France. 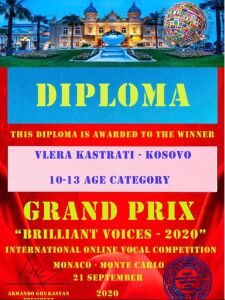 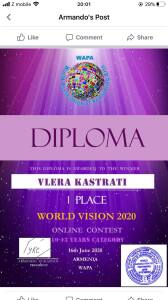 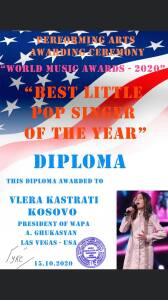 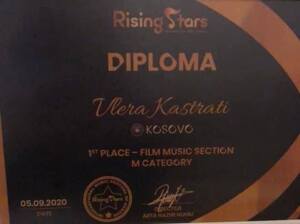 Vlera is certainly a passionate and gifted singer with a big ambition to succeed in the music world.

You can see Vlera perform And I Am Telling You (I’m Not Going) by Jennifer Hudson from the movie, ‘Dreamgirls’. 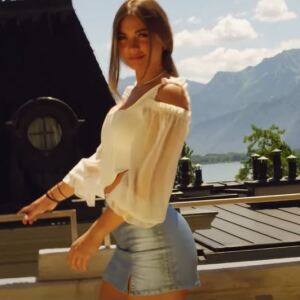 Donna has released a brand new single and music video clip for the summer of 2020. The song is called Taboo. It has a feelgood and sexy vibe and perfect for the long summer days by the beaches

Taboo is composed by Gesko and Xon Oxa. The production is by Xon Oxa. Vocal drop is courtesy of Ergyl Ahmeti. The beautiful music video is by Loni Production and published by Fole Publishing.

You can see the official video clip for Taboo below. The song can be streamed or purchased via most digital stores.

Blinera Mustafa is a talented 13 year old singer from Kosovo. She was a popular contestant on The Voice Kids Albania in 2019 and during her journey she covered Rise Like A Phoenix (the winning Eurovision song of 2014 by Conchita Wurst for Austria). This is the song she chose to perform in her blind audition and this proved successful with judges turning for her.

Blinera also performed Make It Rain by Koryne Hawthorne, which is a gospel soul type song. In the ‘battles round’ Blinera sang Qaj by Ardit Cuni & Daniela Toci, together with Gazmenda and Samanta.

We look forward to hearing more of Blinera and her music. In the meantime you can see Blinera perform Rise Like A Phoenix and Make It Rain below.

Daorsa is a promising young singer from Kosovo and she sings with a lot of emotion and power. She has participated in several festivals and had success at the 2018 Angel Voice – Belgrade International Music Festival in Serbia.

The beautiful arrangement is by Avdullah Dugolli and thank you to studio and production –  KROMATIKA – Ferizaj.

You can see the music video of Shaj by Daorsa Sopa below. 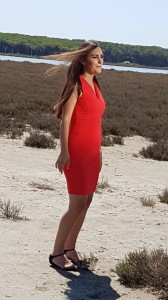 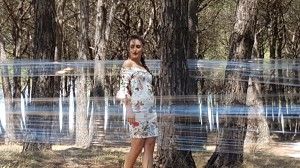 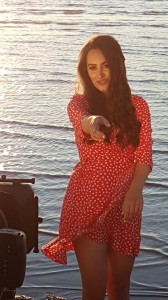 Samira is a brand new artist to check out. She has released an original soulful song entitled Do It. The video clip was filmed in Albania and has now been released courtesy of DArt Channel.

The lyrics for Do It are by Samira herself and they have an emotional and special message to convey. The music is by the respected producer and musician, Joniad Banush.

ESC Covers were privileged to witness the making of the Do It video with the video production group of DArt Channel. Congratulations to the whole team for the special work involved to make the top quality video including Dorina, Ervisa, the camera/video guys and the make up team of Renada and Fati.

Samira is from Kosovo and is also based in Germany. She certainly is a promising young artist who has a big future.

You can see the music video of Do It below.

Klesta Qehaja has had a big success by winning the silver medal award at the Wcopa: World Championship of Performing Arts in Los Angeles, USA. She won the award in the Vocal Contemporary 11-12 category. Klesta was representing Kosovo at this special event.

Klesta charmed many fans and press when she represented Albania at the 2016 Junior Eurovision Song Contest in Malta with Besoj.

You can see a recent performance of Klesta singing My Heart Will Go On by Celine Dion, accompanied just by a piano, and let us also remind you of her Junior Eurovision performance of Besoj and how she has grown and matured even more in just three years.

One of the big successes at the 2019 Eurovision Song Contest was by Tamara Todevska for North Macedonia. The song, Proud, won the jury vote and finished overall in seventh position.

Take a look at Daorsa Sopa and her cute cover version of Proud below. Daorsa is a promising young Kosovo/Albania singer.

Video of the week