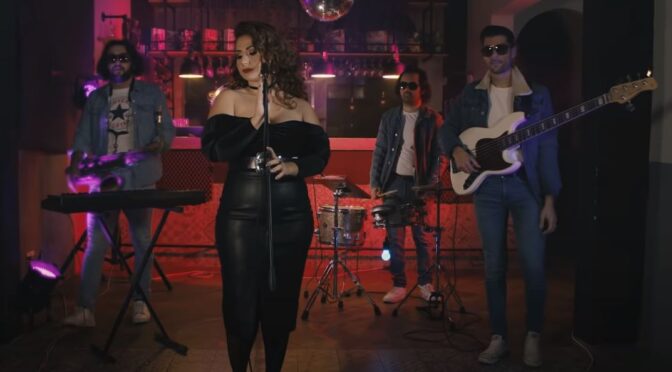 The Busker X Raquela have released a collaboration song Don’t You Tell Me What You Feel. It is a cool and contemporary and electronic pop song featuring the soulful vocals of Raquela.

Don’t You Tell Me What To Feel is from the ‘X’ EP by The Busker.

The music video was filmed by Luke Borg and directed by Luke with David Jr Meilak and The Busker. The track is produced by The Busker & Raquela and recorded and mixed at SUB Studios. The mastering is courtesy of Metropolis Studios in London. 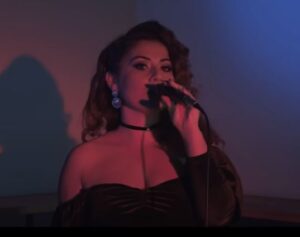 You can see the music video for Don’t You Tell Me What To Feel below.

The five finalists are now known for the Eurovision selection part of Operación Triunfo in Spain. The lucky finalists are Amaia, Miriam, Alfred, Aitana and Ana Guerra.

There will be nine songs which will be five individual songs by the finalists plus three duets (including a duet including wildcard act, Agoney). One other song is a group song for the five finalists together called Camina, which has already been performed on the OT Christmas Gala show by all of the participants but will be adapted for the five finalists.

Here are the nine acts and songs –

The show will take place on 29 January to start the process of who will represent Spain at the 2018 Eurovision Song Contest in neighbouring Portugal.

You can see the full OT participants version of Camina below.

A few days ago the results of the COUNTRY CONTEST were announced. Two winners won VIP behind the scenes packages in Lisbon next year. The designs of the two winners are okay but the favourite of ESC Covers is the design from KATA PETREZELYEM. It will be interesting to see something similar for 2016 or 2015 for example.

The 2017 Makfest competition will take place over 5th, 6th and 7th October in Štip in FYR Macedonia. Besides some top local acts there will be international stars with some amazing music also with some Eurovision connections.

Let us look at some of the acts taking part –

Macedonian singer Elena Petreska will sing Nešto written by Swedish sisters Ylva and Linda Persson (who have submitted several national final songs for Eurovision and Junior Eurovision) and lyrics are by the 2006 FYR Macedonia Eurovision singer, Elena Risteska. Elena Petreska took part twice in the Macedonian national selections in 2000 with Svetlina and in 2007 with Peam.

Elvira Michieva will represent Azerbaijan. She is currently based in Germany. Elvira took part in the 2010 Azeri Eurovision selection with the song Up, Up composed by Isa Melikov.

Tahmina Niyazova will represent Tajikistan with the song Ti moy svet (You are my light). It is composed by Rolan Seiitbekov (DJ Rolan), who is a top dj and producer from Kyrgyzstan.

Gunesh Abasova will represent Belarus with her song Neba. She has taken part several times in the Belarussian Eurovision national selections.

Vlatko Ilievski will also take part. He represented FYR Macedonia at the 2011 Eurovision Song Contest with Rusinka. The composer of that song, Grigor Koprov, also has a composition in the Makfest and top songwriter and producer, Darko Dimitrov, has composed for the competition. Amongst his Eurovision successes is the 2006 FYR Macedonia entry Ninanajna.

From Finland participating is Sonja Bishop (she has taken part in both Finnish and Latvian Eurovision selections) and from Sweden there is Emanuel Bagge (from Sweden’s Got Talent). Sweden Songs are behind these two talented acts.

Stay tuned to ESC Covers for more information about Makfest.

It is just over 7 weeks since the final of Eurovision 2017 and there is a big interest from SOUTH AFRICAN artists to cover the songs from 2017. Eurovision South Africa is proud to announce that almost half of the 42 songs have been identified for covering.

Lets take a look at what songs are interesting enough for the SA artists to want to sing it in Afrikaans.

Osmar Valdebenito sent us this picture of their gathering to watch the 2017 Eurovision song contest in Santiago,  Chile.

Here are the Israel, Poland and Belarus performers at the dress rehearsal of the 2017 Eurovision Song Contest final.

Due to a technical problem with the website we are unable to upload other photos at this time. We will fix this as soon as possible.

The first semi-final of the 2017 Eurovision Song Contest took place and 10 acts have progressed to the grand final on Saturday.

Here are some updates and highlights in the Press Centre at the 2017 Eurovision Song Contest in Kiev on 6 May 2017.

We have Brendan Murray from Ireland with two young girls and sparkling glasses. There is Valentina and Jimmy from San Marino with composer Ralph Siegel. Also, there is Anja Nissen from Denmark